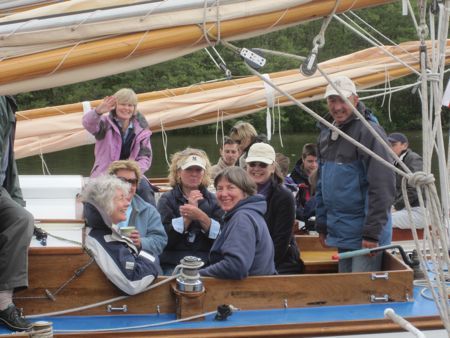 It started on Friday the 13th, but even that didn't deter the keen sailing folk of EACC. We arrived over the evening, with some eating in the pub, some more organised crews BBQing on the moorings, but all finished the day sat around the fire with a glass in hand. 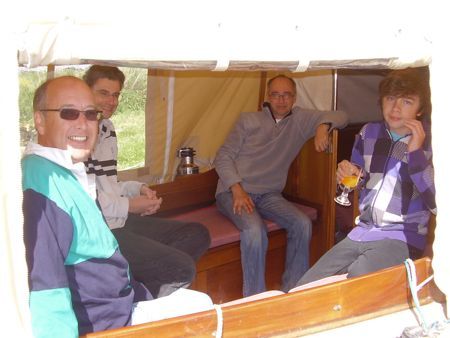 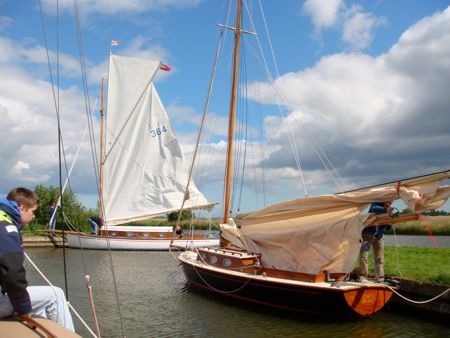 Saturday, started off EACC time, with the fleet meeting up together on 'Ranworth' by 1'ish. 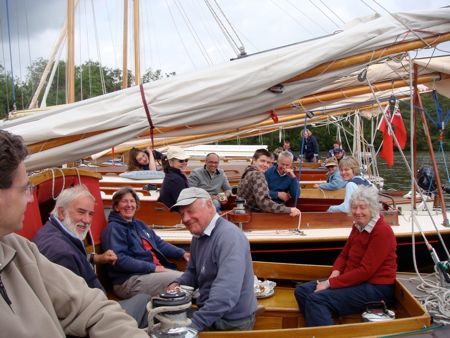 By now Cordie, Mischief, Amaryllis, Moss Ross, Brunette and Joy had all enjoyed a sail, and the fun of trying to raft up / go aground. Many happy hours of catching up on over-wintering news followed, with the general concensus being to sail straight for Horning in the afternoon. We set off in a decent breeze, but rain took away the last of that, just as we approached waterworks corner, with all finally arriving under engine. A big Thank you to Horning Sailing Club for provision of moorings over night, as our numbers had grown further, with the addition of Dove and Jasmine by this time. Supper was a super affair, at The Swan, with good food arriving in shifts keeping the conversation flowing. A thoroughly impressive turn out for the after supper match of rounders up on the playing fields followed, with a return to the boats when light stopped play. 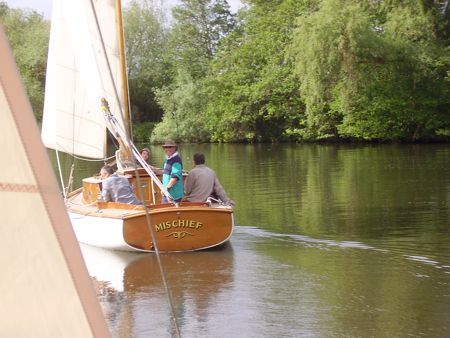 Sunday was an early start, but after a peaceful sail to Salhouse, we happily rafted up and got the kettles on. Apologies should be made to all those on Salhouse, as the  breakfast making fest that followed must have produced an over powering smell of bacon down wind. 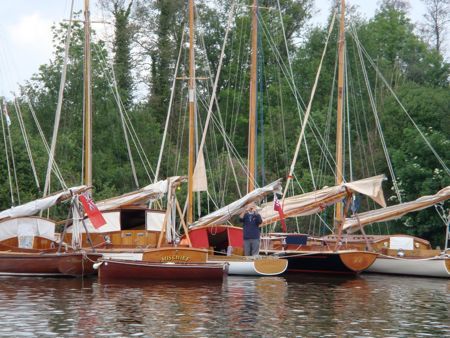 We took just two boats over to the Hoveton Great Broad Nature Trail. 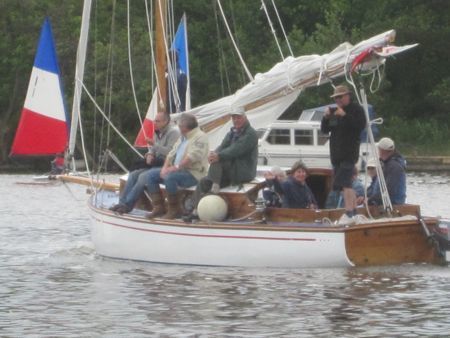 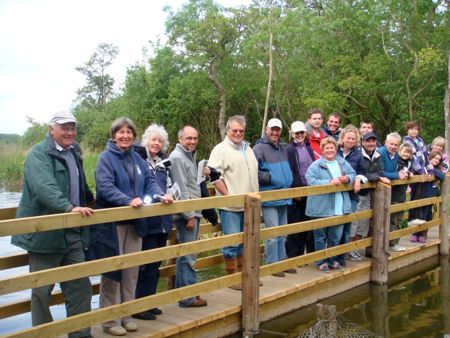 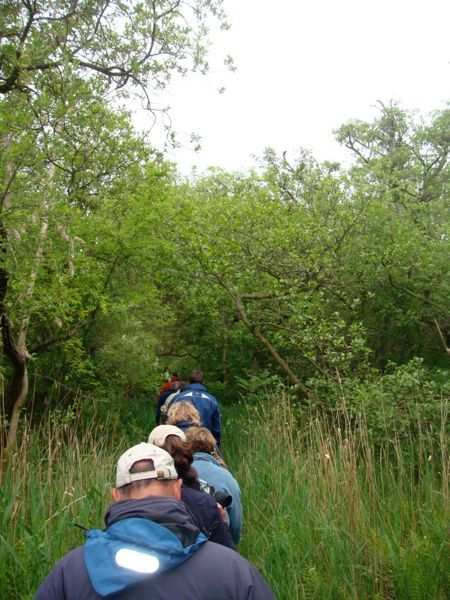 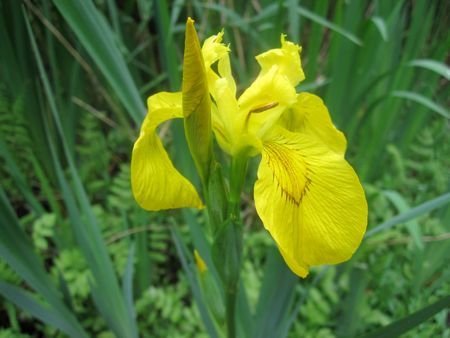 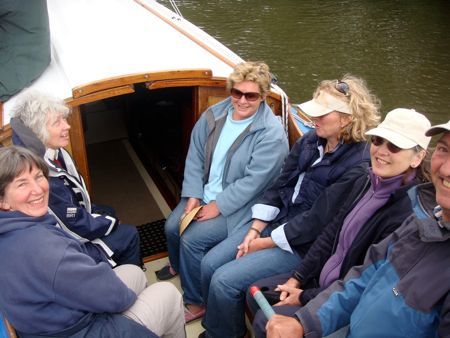 Much nature followed, its a great place to stretch the legs, and then a rapid retreat to boats / cake and raising of sails for our final long lovely sail of the day. 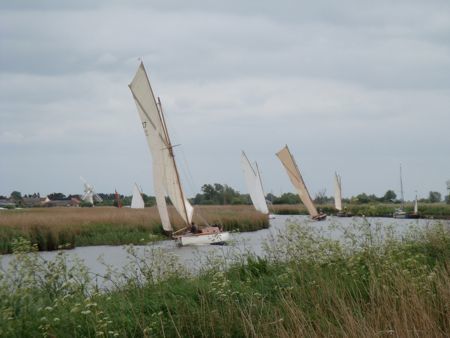 A big Thank you to all those who joined us, and made it such a lovely weekend. 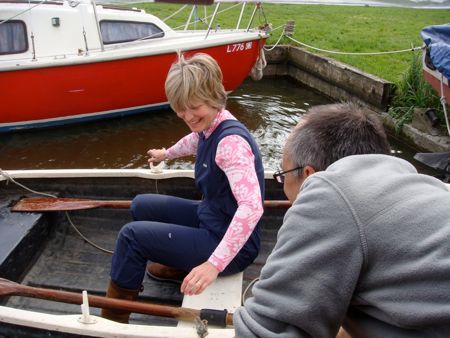 On behalf of all the 'cruiseristas' a big thank you to Su and Phil for organising such a great weekend.