The Autumn Regatta took place on 4th and 5th Septemer with racing for the Jubilee Passage Race from the club moorings to South Walsham on the Saturday and the Joe Delf Trophy return passage race to the moorings on the Sunday. 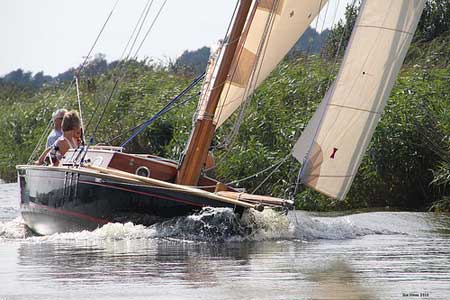 Following an early flurry of grass cutting and strimming activity at the moorings. Race officer Dave Hopwood briefed the paticipants on the first race which went to an honesty mark at Oby Dyke, up the Bure to Ant Mounth and down Fleet Dyke to the finish just before the trees as you approach South Walsham Broad. 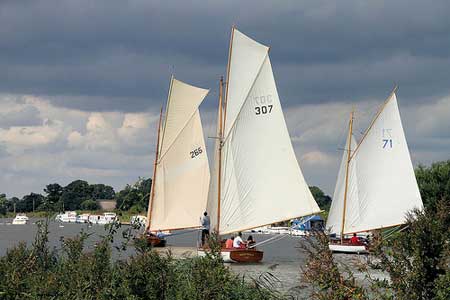 Five River Cruisers and 3 Allcomers took part in the races and they were won by Marty Thompson in Cordon Rouge and Martin Cowley in YBOD 114 Willow Herb respectively. 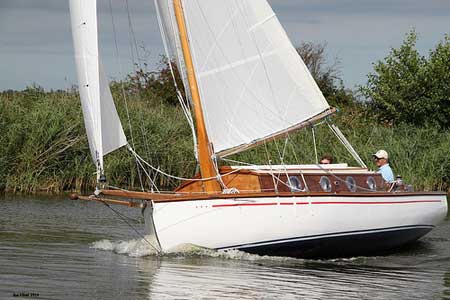 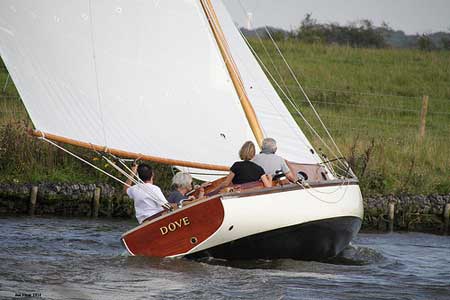 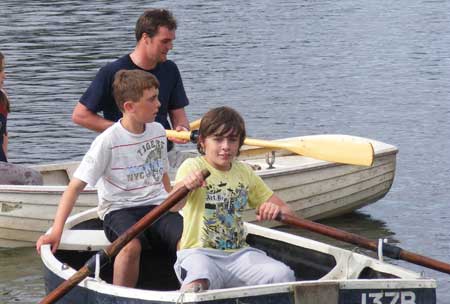 In the afternoon and evening we were joined by other members and there were fun and games organised by Tim Atkins involving water dinghies and footballs, most participants getting wet! (Some more than others). 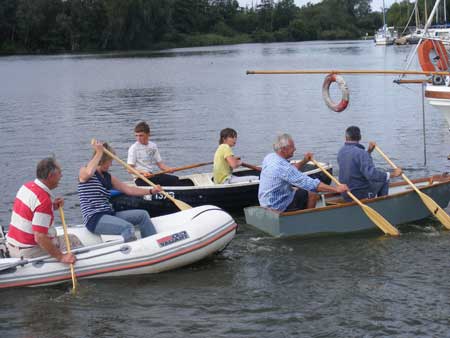 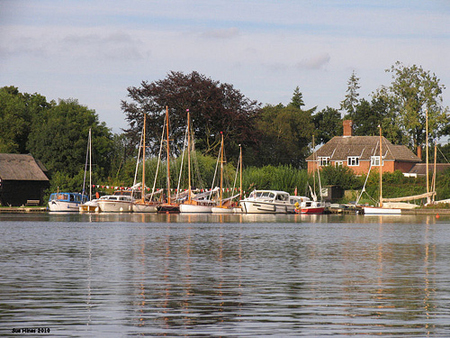 The usual evening BBQ followed with a surprise quiz afterwards in which the origins of nautical expressions in common everyday use were sepeculated upon. We all had a lot of fun with this. 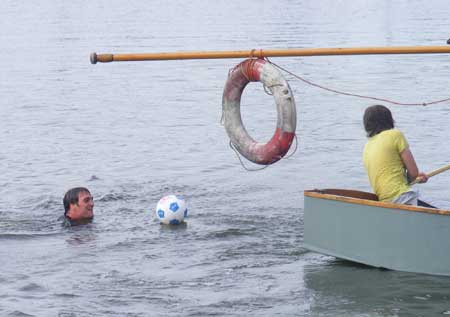 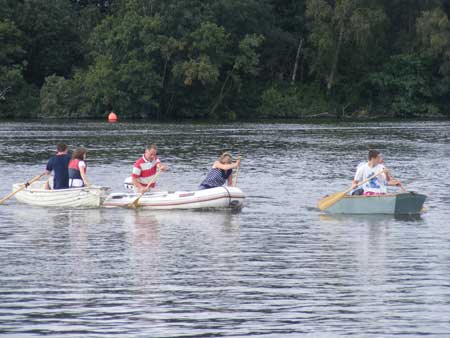 It was more windy on Sunday than most of us realised and the race was delayed while most of us put in reefs in the reeds in fleet dyke before the race back to the moorings for the Joe Delf Trophy. 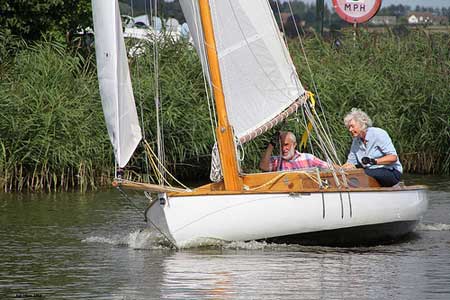 This was again won by Cordon Rouge in the cruisers and by Richard Lovett in Waif in the Allcomers. 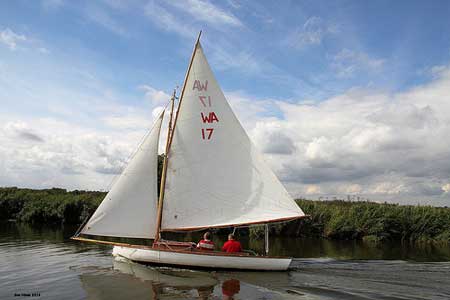 A big thank you to the Atkins family who again allowed us to use their lovely garden and a special thankyou to Tim Atkins for organising the entertainment.

Thanks also to Dave Hopwood, ably assisted by Soozie for their efficient running of the races. 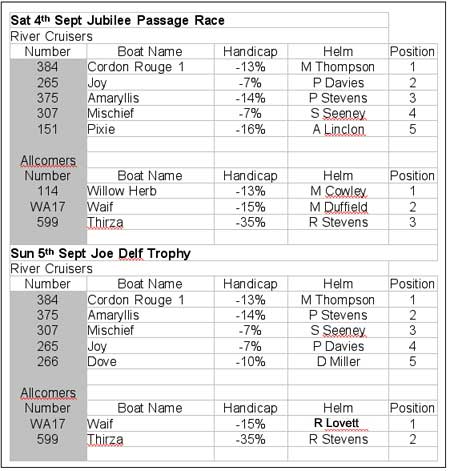